Teenage is an exciting time when an individual starts thinking about having a romantic relationship. At the same time, our society treats high-school love as temporary emotions, although there are times when first love extends forever.

So, exactly how much do high-school relationships last, and do they last longer?

In this article, we will explore factors and problems of high-school relationships, such as the pros and cons of such relationships during teenage and why most of them don't last long.

The Real Facts About High-School Relationships That May Surprise You

Here are some statistics about high-school relationships:

The Pros and Cons of Romantic Relationships in High-School

In adolescence, a youngster forms mutual relationships with friends and romantic partners. Understanding the world and falling in love plays a significant role for many of them. Having romantic relationships in high school may give many essential life lessons on interacting with a partner and making situations favorable. A usual high-school relationship involves going out, spending quality time with the date, discussing minor issues, and managing heartbreaks.

Although most of them are a part of life experience, people perceive differently, for some relationships are pleasant, and some of them find less favorable.

Here are some pros and cons of high-school relationships:

Pros of Having Relationships In High-School

Cons of Having Relationships in High-School

Old people approach love differently and in a more mature manner. Many of the things they acquire in school affect their doings later in life.

The Statistics of High-School Relationships That Last Through Adulthood

It is mostly perceived that the foremost function of relationships in teenagers is to show emotions and interact with your partner. Unluckily, when youngsters grow up and mature in adult life, many leave their love in the past.

Whereas, some last together and they get married before coming of age. Unluckily, statistics show that people who get married at young ages are more likely to divorce.

As the cdc.gov report shows, after one year of marriage at the age of 18 years or younger, the chance of divorce is 10%. The divorce ratio increases to 29% for partners who stay married for more than five years.

In contrast, 6% of partners who marry at 20-25 years end up divorced after one year of living together and 17% after five years.

Rate Of Marriages Among Teenagers 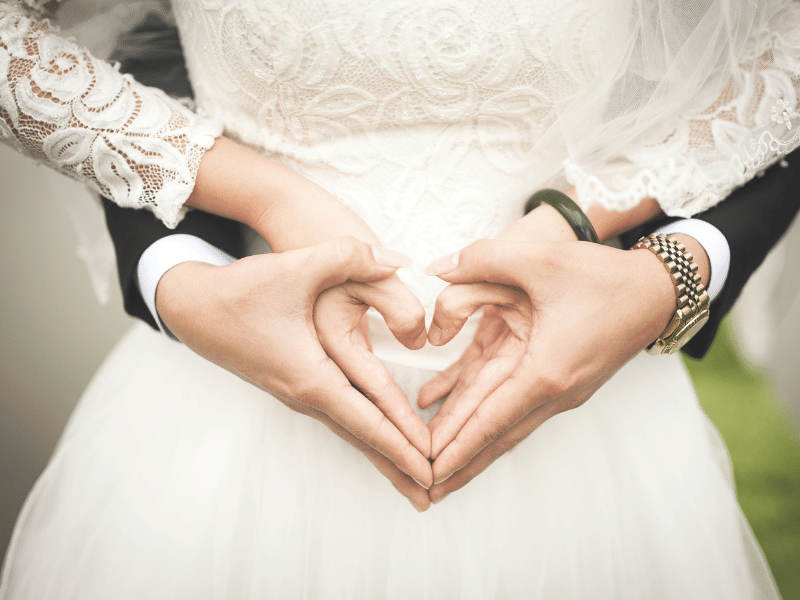 Women's and men's average ages at first marriage have risen from 24 and 26 in 1990 to 28 and 31 in 2020. According to Catherine Corrigall-Brown, a professor of Sociology at the University of British Columbia, this growth can be linked to social trends. The freedom of choice and the breaking of previously established behavioral patterns are fundamental concepts in modern American society.

Professor Corrigall-Brown argues, "Americans value the ability to act independently as individuals to succeed or fail on their terms." However, she adds that "a person can never truly operate outside of their social setting." So, whether they realize it or not, everyone follows social trends in the end.

And it's becoming fashionable to marry later in life. As CDC reports show, only 2% of women and 6% of men get married at this age.

The Duration Of High-School Relationships

Compared to bonds created earlier in life, the most sustainable romantic partnerships occur closer to graduation and are connected with better emotional support between the couples.

If romantically involved teenagers can define their relationship as exclusive and supportive on all levels. In that case, they will be more likely to join the small number of high school relationships that last into college.

"Early romantic interactions in middle school tend to focus on physical attractiveness," says Victor W. Harris, a professor of Community Studies at the University of Florida. "There is a higher emphasis on commitment and closeness" in high school relationships.

According to this paper in the Social History of the American Family regarding dating during adolescence, the typical high school relationship time increases with age and maturity. It can reach one year or more for particular couples.

The length of these early romantic attachments is determined by factors such as:

In this paper, 'Romantic relationship in adolescence,' J.A. Connolly and C. McIsaac state that more mature high-schoolers develop more permanent relationships that are "based in strong emotional attachments, mirroring the pair relationships of adulthood." As a result, such togetherness is solid and often persists after graduation.

The Percentage Of Couples Who Get Married In High School

The majority of partners break up in high school or just after college. High-school relationships last anywhere from a few months to a year on average. Only a tiny fraction of them remain together and marry.

Because most people don't think about marriage until they graduate, statistics on marriage to a college sweetheart are limited. And, because teen weddings are relatively uncommon (2 percent, as previously noted), the percentage of people who marry their high school love is equally tiny, seldom exceeding 2 percent.

According to R.K. Raley and colleagues' studies on late teenage relationships, youth who have solid romantic connections in high school are more likely to marry or start living together by the age of 25.

The bond between high school students and adult couples is only eerily similar. Teenagers are not yet confronted with significant issues, and they dwell in a greenhouse-like environment. They don't have to work for a living, rent a home, or pay taxes or a mortgage.

Furthermore, teenage couples do not face the same issues as an ordinary American marriage in adulthood. Instead, the most prevalent concerns include lying or cheating, envy, low-income family or friend relationships, and so on. When these couples return to reality after graduation, the true challenge begins. Yet, if they can adapt to new situations and manage change, the relationship has a strong chance of lasting a long time.

So, some challenges cause the failure of relationships in high-school include:

As Jane Kroger, Ph.D. an identity scholar, the search for self-conception is a significant job of adolescence. Youngsters must acknowledge their role in society and their interests and capabilities to make the best decisions possible in various scenarios.

According to Seiffge-Krenke and his colleagues' research, many 17-year-olds strive to make their own identities while maintaining romantic connections. The inability to balance the quest for self-conception and closeness frequently leads to a relationship catastrophe.

Moreover, because the search for oneself continues into early adulthood, people's perceptions of how their lives should be lived and the type of relationship they should be with frequently shift.

The Mindset Of Romantic Relationships Changes

It's no doubt that as we get older, our priorities shift. Both women and men have a specific aim to achieve at each stage of their lives. According to Art Markman Ph.D.'s piece in Psychology Today, adolescents are primarily interested in excitement.

Youngsters are not yet capable of totally accepting one another in the way adults are. They are generally ecstatic about their new feelings and experiences.

As people become older, they seek out the additional benefits that a partnership can give. Emotional support, financial security, and the prospect of starting a family are all included.

If the partners have opposing views on the future of their relationship (one wants to live in while the other wants to marry), such couples will break up eventually.

After high school, one or both lovers frequently attend colleges in different states. Long-distance relationships are rather prevalent among university students, with 30-40% dating someone from outside their immediate geographic area.

However, not everyone can manage feelings of betrayal and jealousy during a protracted absence. One partner may start to doubt the other's commitment. If nothing changes, the couple may be forced to divorce.

Busy Routines To See Each Other

One of the factors the couple doesn't date as regularly as they did in high school could be the couple's hefty course load at university. The time spent in class might range from 12 to 18 hours each week, depending on the number of college courses taken. While types can consume a significant amount of time, don't forget about homework, a part-time job, or volunteer opportunities.

A college student spends an additional 15-17 hours a week studying outside of the classroom on average. Some people work part-time for 20 hours a week, while others work in social services for 20-30 hours a week. It's no surprise, then, that most students put dating on hold to focus on their studies.

Various misconceptions surround high-school relationships, including the notion that families formed soon after graduation are doomed to fail. However, as the numbers in the article show, this is not always the case.

While age and experience are essential variables in forming a solid bond, many other aspects influence the length of a relationship.

As a result, if a high-school couple's relationship is built on commitment, intimacy, and emotional support, they can be pretty powerful.

vamtam-theme-circle-post
 Category Relationship
It's no secret that emotional affairs can be just as damaging as regular affairs. But...
Read More

vamtam-theme-circle-post
 Category Relationship
When looking for a new spouse, having a few ideas to help you along the...
Read More

vamtam-theme-circle-post
 Category Relationship
Being cheated is the worst feeling in this world. How to know that your husband...
Read More

vamtam-theme-circle-post
 Category Relationship
Finding out that your wife is cheating on you can ruin a healthy marriage. Actually,...
Read More

vamtam-theme-circle-post
 Category Relationship
A toxic marriage does not depend on little arguments between the spouses, or they can’t...
Read More

vamtam-theme-circle-post
 Category Relationship
Many individuals experiencing difficulties in their marriage opt to take some time away and live...
Read More

vamtam-theme-circle-post
 Category Relationship
Dating after divorce in your 30s can be challenging as it requires a lot of...
Read More

vamtam-theme-circle-post
 Category Relationship
We can define marriage as a full job that requires a lot of effort, time,...
Read More

vamtam-theme-circle-post
 Category Relationship
You should completely accept your divorce, and get separated. This does not explain that you...
Read More

Signs Your Husband Is Cheating On You10 Indications That Wife is Changing Mind About Divorce