Many individuals experiencing difficulties in their marriage opt to take some time away and live separately for some time. For some, a separation like this leads to divorce. On the other hand, other spouses find their way back to one another and rekindle their marriage.

So, what are the chances of this happening? Is there a correlation between the average amount of time spent apart before reconciling and the possibility of continuing a previous relationship?

This page provides comprehensive answers to these and other topics. Let's get this party started!

What Is the Average Number of Divorces Between Couples?

Separation from one's spouse is relatively frequent in the United States. According to a survey, 43% of marriages result in divorce or separation within 15 years of the wedding day.

At some periods of marriage, divorce and separation are more common than at others. In most couples' relationships, there is a rising-falling trend.

According to research on the relationship between the length of a marriage and the likelihood of divorce, tension between the spouses begins to rise in the first years of marriage and peaks in the seventh.

If the tension persists after the first few years of marriage, the relationship will deteriorate and, sooner or later, terminate in divorce or separation.

Is it Possible to Reconcile After a Divorce?

There hasn't been much research done on reconciliation after a divorce. The findings of about 500 women who tried marital reconciliation were evaluated in a study on marriage restoration in the United States. Nearly half of them eventually broke up, while the other half were still married to their partners.

However, just 32% of those who got back together and stayed together for more than a year were successful.

The circumstances of the divorce also influence the likelihood of reunion. Partners that split up due to mismatch, sexual assault, or alcohol addiction, for instance, have a lower probability of reuniting.

But at the other perspective, the following causes are more frequently reviewed or forgotten:

According to a study on reunion among dark, separated women, 45 per cent try reconciliation, which is twice as often as white women. The nonwhite ethnicity reduces the number of divorces arising from separation.

Aside from ethnicity and money, it was shown that education had a role in the chance of reconciliation. According to her study findings, higher educated spouses remarried less frequently.

According to a study on reunion among dark, separated women, 45 per cent try reconciliation, which is twice as often as white women. The nonwhite ethnicity reduces the number of divorces arising from separation.

Aside from ethnicity and money, it was shown that education had a role in the chance of reconciliation. According to her study findings, higher educated spouses remarried less frequently.

The partition does not always mean the dissolution of marriage because not all divorced couples apply for the breakup. The majority of men and women who have quit living together due to marital issues eventually reunite.

Is it Still Feasible to Get Back Together After a Divorce?

Susan Pease Gadoua, a relationship counsellor and writer, says in an essay that six months is a safe period for a couple to be apart. The time can, however, be prolonged for particular couples who have significant marital difficulties.

The usefulness of a 6-month term was likewise verified in University of Colorado marital separation studies. One of its goals was to see how recently divorced spouses changed during the first eight months.

In the six months since the research began, two of the 50 individuals had reconciled, 23 had divorced, and one had remarried. The other 23 were kept apart.

When asked if they planned to reconcile, virtually all of the partners who decided to live apart said they would get divorced.

Why do couples reconcile after a breakup?

There are several causes for the reunion. Let's take a look at a few of them.

752 married couples were questioned as part of a recent study. They inquired about the length of their marriage and the frequency of divorces. About 6% of those polled said their marriage had gone through a period of separation and reunion.

According to the poll, the primary motivation for reuniting was hoping that the other person or the circumstances would change.

Many couples reconcile to provide a pleasant upbringing for their children and protect them from the difficulties of parental divorce. Furthermore, many children publicly request that their parents reunite.

Use of Social Media Platforms

Staying linked to an ex's social media makes it more challenging to forget about them and move on. Dopamine is released in response to photos and tweets. It motivates people to rekindle broken relationships since it is linked with enthusiasm.

Afraid of Separation and Unhappiness

It's a widespread misconception that all relationships following a divorce or separation are less stable because individuals bring their fears and difficulties from their previous marriages into their new ones.

Another factor that encourages individuals to reconcile during separation is the fear of losing someone with whom we identify, rely on, or have a relationship.

The couples' reunions may fail if changes do not follow the grounds for reconciliation in attitudes toward relationships and family difficulties.

Separation of Parents and Children

According to a study, less than half of Americans believe that for a child to grow up in a healthy environment, both parents must live as a family.

Divorced parents, on the other hand, are in a different scenario. They feel that children should live with both parents at the same time, according to 54% of them. These outcomes help to make the world a better place.

Separation's Effects on The child

According to a 2010 study on the impacts of parental separation on young children, 36 per cent of children aged 5-6 reported negative consequences on their mental health and behaviour after their parents divorced.

Frustration and violence were demonstrated by 21% of them.

Psychological issues, such as sadness and anxiety, affected 9% of the population.

6% of children experienced both behavioral and mental health problems.

Marriage, however, does not affect all children, according to several studies. In a survey of the impact of relationship breakdown on children's academic success, scientists found that youngsters who expected their parents to leave showed no alterations in their academic performance.

On the other hand, if a child's parental separation was unexpected, they had a 6 per cent lower school completion rate and a 21% lower attendance rate.

As a result, marital dissolution has no bearing on the wellness and well-being of adolescents. It is often a cascade of events that alter their lifestyle and for worse.

It is possible to re-establish a marriage after a divorce if both parties are willing to work out family difficulties and alter their minds about previously contentious matters.

According to the research cited above, all of these reconciliation steps should be completed within one or two years. Otherwise, the spouses may become permanently estranged from one another, and the break may result in separation.

vamtam-theme-circle-post
 Category Relationship
It's no secret that emotional affairs can be just as damaging as regular affairs. But...
Read More

vamtam-theme-circle-post
 Category Relationship
When looking for a new spouse, having a few ideas to help you along the...
Read More

vamtam-theme-circle-post
 Category Relationship
Teenage is an exciting time when an individual starts thinking about having a romantic relationship....
Read More

vamtam-theme-circle-post
 Category Relationship
Being cheated is the worst feeling in this world. How to know that your husband...
Read More 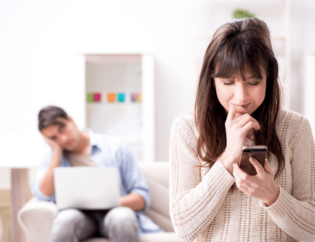 vamtam-theme-circle-post
 Category Relationship
Finding out that your wife is cheating on you can ruin a healthy marriage. Actually,...
Read More

vamtam-theme-circle-post
 Category Relationship
A toxic marriage does not depend on little arguments between the spouses, or they can’t...
Read More

vamtam-theme-circle-post
 Category Relationship
Dating after divorce in your 30s can be challenging as it requires a lot of...
Read More

vamtam-theme-circle-post
 Category Relationship
We can define marriage as a full job that requires a lot of effort, time,...
Read More

vamtam-theme-circle-post
 Category Relationship
You should completely accept your divorce, and get separated. This does not explain that you...
Read More

The 5 Stages Of Divorce And Ways To Get Through ThemMarriage Without Sex : Can I File Divorce In 2022