File for Legal Separation in Arizona 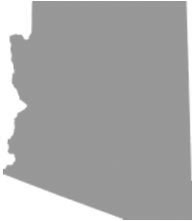 How to file For Legal Separation in Arizona?

You can file a petition (request) for legal separation (with or without children) in the region if you live in Arizona for at least 90 days.

The filing spouse must prove the following as a foundation (or ground) for the court to grant your application for separation:

The couple may work out the details of their divorce, or the court may decide. It would help if you told the court how you intend to handle child custody, child support, and property split before a judge grants your divorce petition.

When one spouse wishes to remarry, separated couples often file for divorce, which can be accomplished by asking for assistance from the local court.

The duration of legal separation in Arizona

In Arizona, seeking a legal separation takes the same amount of time as obtaining a divorce. In Arizona, legal separation must be formalized 60 days after submitting the 'Acceptance of Service.' The Petitioner will sign the 'Petition,' and the Respondent will mark the 'Acceptance of Service.' The entire mediation procedure can be completed in 2-4 months.

GetDivorcePapers.com can help you achieve agreements as quickly as possible and complete the process as soon as feasible. A divorce or legal separation case can take up to a year or longer to resolve in court.

In Arizona, spouses can remain legally separated for as long as they desire, up until one of them passes away. Suppose one of the partners dies when the pair are legally separated. In that case, the marriage ends without the necessity for the surviving spouse to go to family court, and no further legal action is necessary.

There are still good reasons to get a divorce. Couples who do not want to divorce for personal, religious, or cultural reasons can legally separate while keeping their religious or cultural beliefs.

Many spouses also utilize divorce to get around healthcare rules. Most divorced spouses can stay on the other spouse's health insurance plan for a set period, usually six months or less. On the other hand, legal separation might endure a lengthy time based on a variety of factors. Separation isn't always a viable option to divorce because it often involves the same amount of stress, expense, and time. Couples who hope to reconcile due to their separation can reach an informal agreement, but those on the end of the spectrum should think about divorce.

A family law attorney can help some couples who decide that a legal separation is the next best first step in their partnership by making the procedure and transition as easy as possible.

Even though they are all related, each disadvantage is related to a distinct aspect of your marriage and imminent divorce. This is how they operate.

Legal separations can be just as challenging as divorces.

A legal separation might take as much time, documentation, and legal assistance as a divorce. Property, comprising debts and assets, must be divided into divorces and legal separations. Divorcing couples must have been through the same division procedure as those seeking a formal break. If a couple separates and then wishes to divorce, they will have to go through the divorce process twice. Couples who reconcile may believe they have also already gone through a divorce.

Legal separations, like divorces, require litigation and trial procedures. You'll have to go to court if you and your spouse can't reach an agreement on child support, custody, or asset distribution. It's possible that this will be as unpleasant as going through a divorce.
Keep in mind that, while a formal separation is costly and time-consuming, couples can usually save money and time by splitting casually or, if reconciliation isn't possible, filing for divorce right away.

Divorces and legal separations are both problematic situations

Although a legal separation may appear to be a good "test" to see if a couple should remain married, many couples fail the test - not because of their relationship's essential nature but because of the stress associated with the separation process.

Because legal separation is just as strict as divorce, the added stress of the process may be the final straw for a couple, straining an already fragile relationship even more.

Keep in mind that you can use an informal separation instead of a legal separation to decide the outcome of your relationship. It will provide you with the same amount of space as before, but without the additional headache of filing separations.

Legal separations may not be required in your situation

Many couples who seek a separation agreement believe it is a critical step in determining the future of their partnership. They may think that the separation has the same legal structure as a divorce, except that the marriage is not split up.

Regrettably, this isn't always the case. Couples can achieve many of the same aims – giving each other more space and determining if being apart is ultimately the right decision – without the cost and obligations of a legal separation by opting for an informal separation.

Remember that, while a legal separation may appear to be the only option to determine the future of your marriage, treating the split informally, even if only at first, might be a better method to assess the state of your relationship fast.

Legal Separation Vs. Divorce In Arizona

When a legal separation in Arizona is finalized, the spouses will have done the following: terminated their community property agreement, divorced, and presently living separately.

Nonetheless, they are still legally married, although divorced couples are not. Asset and debt division, spousal support, and parenting time are among the issues that must be determined to build good separation or divorce agreements (formerly known as child custody). The most obvious contrast is that married couples are eligible for tax benefits that legally separated couples are no longer eligible for. In addition, the ability to keep a spouse's income support, which includes medical and life insurance, differs. Religious views are one of the most common reasons couples choose legal separation over divorce. Because they accept the possibility of reconciliation, some religious and cultural perspectives are more tolerant of legal separation than divorce.

Legal separation provides some economic and possibly physical separation while being legally married. Therapists and counselors can assist those who have dealt with the religious aspects of marriage, separation, and divorce. In mediation, partners negotiate mutually advantageous agreements that meet their needs, whether they want to separate, divorce, or reunite officially.

The Cost of Filing For Legal Separation

Legal separation and divorce are complex legal processes that change your marital status. If you're not ready for either approach, attempt a trial separation in which you and your spouse live far away for an amount of time to reevaluate your marriage before obtaining legal assistance. After the separation, the couple may be exposed to verbal separation in many circumstances.

Some couples remain in the family house if they cannot afford to live in separate residences, albeit in separate bedrooms and without cohabitation (sexual relations). The couple can reconnect, try a final separation, or file for divorce at the end of the trial separation.

Do You Need An Attorney to File for Legal Separation In Arizona?

Every situation is distinct. Hiring a divorce attorney or a professional legal separation company that can describe the legal separation procedure is a smart option. Property and debt declaration, asset and debt distribution, and decisions for child custody, child support, spousal maintenance, and other matters can all be handled by GetDivorcePapers.com. Choosing between legal separation and divorce can be stressful and complicated, and on the other side, doing it all yourself makes it incredibly difficult.

How to prepare Arizona Separation Agreement?

A separation agreement is a legally enforceable contract created by the spouse or a judge throughout the legal process. Every agreement should spell out how the couple will share or split custody and visitation of any children and how marital assets and debts will be allocated if either party pays spousal or child support to the other. Before signing the application, both spouses must agree to the terms. If either spouse objects, the court will settle the issues.

The number of frivolous cases that can jam a judge's docket in the future is reduced when spouses have a physical record to refer to after the court grants their legal separation.

How Child Custody is Handled in Arizona During Legal Separation

If there are children, the petitioner must also file a petition for legal separation with the children and a few different forms. In addition, they should submit the necessary documentation:

Except for the sensitive data cover sheet, all other documents must be served to the respondent spouse. After that, they will have 20 days to respond to the petition. If they oppose the legal separation, the court will not allow it, and the case will convert to a divorce case. A partner who has an agreement marriage will not be granted a legal separation by the court.

The opposite spouse can dispute the petition if they agree to the formal separation but object to some proposed terms. The couple may use negotiations or an alternative conflict resolution approach to achieve an agreement. It is conceivable for a couple to agree on most topics while leaving only one or two matters unresolved. The procedure will still be simplified if this occurs since fewer cases will be disputed.

A legal separation might take as long as a divorce due to the transparent process. This makes it critical for people to get temporary orders when filing a legal separation petition to recognize their responsibilities and obligations while their claims are underway. The minor children must have stayed in Arizona for at least six months before filing the Petition for Legal Separation. You must have spoken with a lawyer who told you that you would still pursue the matter in Arizona.