File for Divorce in North Dakota 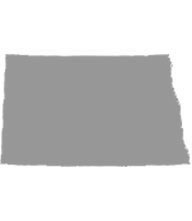 Among no-fault reasons, irrecoverable breakdown to the marriage is the only reason.

For the best upbringing of the child, courts in North Dakota may order child custody on the basis of following:

Any symptom of the child abuse may lead to the prohibition of that parent to meet the child unless he or she has undergone proper counseling.

North Dakota is an "equitable distribution" state that divides all the marriage property of the spouses in equal proportion unless this decision turns out to be unjust for either of two spouses. However, no factors have been mentioned in the statue for the decision of property distribution.

Court has the right to pay for the spousal support to either of the two spouses on either temporary or permanent basis. The decision may be taken on the basis of circumstances prevailed as well as the reasons for the dissolution of the marriage. No other factor has been mentioned in addition to this in the statue.

Courts have the rights to order for the payment of the child support based upon the some of the factors that are being discussed here:

North Dakota Department of Human Services has the set of guidelines that are used to estimate the amount of child support. Moreover, this support is distributed by the court and can be reassessed in every three years.

If the issue of child support arises, then court may order for the mediation of the parents for their counseling. However, there ought not to be the symptoms of child abuse in this regard.

There is no need of a lawyer when applying for divorce in the state of North Dakota. A divorce case which is filed without any help of an attorney in any of the states is known as Pro Se Divorce.

Literally, Pro Se is a Latin phrase and it means "on her or his own". Process of getting the divorce without the help of lawyer may vary from one State to another. These types of divorces are perfectly legal and enforceable in North Dakota, and are actually very convenient. Usually, once settlements have been made regarding property distribution and custody matters among the spouses in case of a mutual divorce, Pro Se Divorces are filed.