File for Legal Separation in Connecticut 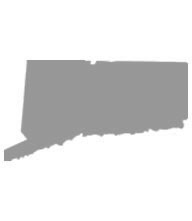 This is not to be confused with an unofficial separation, in which you and your spouse live different lifestyles but are still legally married. You can live together or apart after an informal separation, share or divide financial expenditures, and, if you have young children, make a care plan and agree on child support. You can live together as you would in an informal split in a Court-Ordered Legal Separation, but the conditions of the separation are written down in a legal agreement submitted to the court. Your Legal Separation Agreement functions similarly to a Divorce Decree (Decree), and the only difference is that you're still "legally married."

In Connecticut, what Else does Legal Separation Mean?

Like the majority of states, Connecticut permits spouses to end a partnership legally. The process begins when one partner files a motion (request) that includes the wedding and separation dates and a statement indicating at least one partner has lived in the house for at least 12 months.

A legal justification or basis must be included with your separation request. The reasons for legal Separation in Connecticut are the same as for divorce. Thus, you can use either no-fault or fault-based grounds. Couples can claim that their marriage is irreversibly dissolved, that the parties have lived apart for 18 months, that reconciliation is impossible, or any of eight fault-based grounds. There is a 90-day waiting period from when you file your motion until the court takes action on your case. You can talk about the terms of your divorce during this time, such as child custody and support, property distribution, and spousal support. If you can reach an agreement, you can take it to court, and the judge will approve it if it is fair to both sides. If you can't choose, the court will hold hearings once the waiting period is up, and the judge will draught a separation agreement for you.

There is no time limit on a legal separation in Connecticut, so you can stay separated permanently or petition the court to end the arrangement by making a "statement of resumption of marital relations."

If you and your partner cannot reconcile, or if either spouse desires to remarry, the spouse must petition the court to have the separation converted to a divorce.

How To File For Legal Separation In Connecticut?

Couples in Connecticut who desire to end their relationship can pursue a legal separation. One spouse files a motion (request) that includes the wedding and separation dates, as well as a statement indicating at least one spouse has lived in the state for at least 12 months.

Before filing a fresh motion or refiling your application on a different legal basis, wait 18 months.

What Are The Benefits Of Filing Legal Separation in Connecticut?

What Are The Disadvantages Of Filing Legal Separation In Connecticut?

Both legal separations and divorces deal with the distribution of marital debts and assets, child custody and parenting, alimony, and child support, among other issues that can take a long time and cost a lot of money to resolve. Mediation and collaborative law, two alternatives to litigation, are available to you and your spouse for a separation, just as they are for a divorce. When you and your spouse can't agree on something major, you'll probably end up in court, just as divorcing couples. Finally, if you divorce after the separation, some of the same stages will have to be repeated. You might decide that an informal separation is more accessible than a legal split if there's a chance you'll be able to reconcile. You won't have to go through the judicial system twice if you decide to divorce.

Legal Separation Vs. Divorce In Connecticut

How Much Can It Cost To File A Legal Separation in Connecticut?

The cost of filing a complaint is $350, and the cost of serving court papers is $50.

How Much Time Can It Take To Finalize Connecticut Legal separation?

Although a legal separation can easily be converted to a divorce or terminated later due to reconciliation, the legal process can be time-consuming for couples, mainly if the relationship's future is uncertain.

Is there any need for a lawyer in Connecticut to File for Legal Separation?

While hiring an attorney for a legal separation isn't required by law, it's usually good to consult with an experienced family law attorney familiar with your state's regulations before starting the process.

What Is Connecticut Separation Agreement?

The details of your legal separation must be set down before a judge will grant your request. A separation agreement is a legally binding document that spells out how the marriage will split parental responsibilities and rights, child support, spousal support, and property and debt division.

How Did Child Custody Handle In Legal Separation?

In every legal procedure involving minor children, the court's primary interest is what is best for the children. Based on the criteria, the court will assess each parent's ability to support the child's well-being.

If you file for divorce or Separation in Connecticut, the court will compel both parents to attend and finish a parenting education program before the case can be concluded.