File for Divorce in Texas 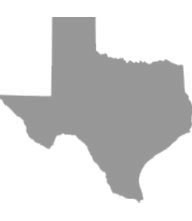 GetDivorcePapers.com provides professionally completed, 100% court-approval, money-back guaranteed Texas divorce forms. Just create an account, complete the interview, and file for Divorce in Texas. Our case managers do all the work for you, and send the completed Texas divorce forms when they are ready to be filed.
Click the Start Now button to begin the process today.
Start Now!

Divorce is never an easy decision, but it can be especially difficult when living in Texas. This blog post will provide an overview of the divorce process in Texas from beginning to end. We'll also discuss some of the common issues during a Texas divorce. So whether you're just getting started on your research or are already in the thick of things, this post is for you. Thanks for reading!

Documents Required to Proof the Residency

Grounds For Divorce In Texas

If you are alleging adultery as your grounds for divorce, you will need to provide evidence of the affair. This can include emails, text messages, phone records, or any other form of communication between you and your spouse that proves the affair took place.

If you are alleging abandonment as your grounds for divorce, you will need to prove that your spouse has left you for at least one year. This can include bank records, credit card statements, or utility bills.

If you are alleging cruelty as your grounds for divorce, you will need to provide evidence of the mistreatment. This can include medical records, police reports, or statements from witnesses.

Conviction of a felony or crime involving moral turpitude

Conviction of a felony or crime involving moral turpitude is one grounds for divorce in Texas. If you are alleging this ground, you will need to provide evidence of the conviction. This can include court records, police reports, or transcripts from the trial.

Fraud is another ground for divorce in Texas. If you are alleging this ground, you will need to provide evidence of the fraud. This can include court records, police reports, or transcripts from the trial. Fraud can be difficult to prove, so it's important to have a solid case before moving forward with this allegation.

Confinement in a mental hospital

Confinement in a mental hospital can be grounds for divorce in Texas. If you are alleging this ground, you will need to provide evidence of the confinement. This can include court records, police reports, or transcripts from the trial.

Filing the Petition for Divorce in Texas

The Divorce Process in Texas

Texas always prefers the joint custody of the child for the best nurture. However, if this decision is unable to be made, then it gives the custody to either of the parents based on the following factors:

A court will consider several factors when making a spousal support determination; some are listed below:

The family court in Texas will consider all of the above factors when deciding on spousal support and look at the general standard of living the couple enjoyed during the marriage. The goal is to try and help the spouse who is less financially well-off to maintain a similar standard of living after the divorce. If one spouse has a much higher earning capacity than the other, the court may order that spouse to pay spousal support until the other spouse can get back on their feet financially. The amount and duration of spousal support will be decided on a case-by-case basis.

Property Divison in Divorce In Texas

In Texas, the property division process during a divorce is typically carried out in a fair and equitable manner. This means that the court will consider all relevant factors when determining how to divide marital property. While there are no specific guidelines or formulas that dictate how property should be divided in every case, courts generally apply one of two approaches: an equal division of all assets or a division based on each spouse's relative needs and contributions.

If the court decides to divide property equally, it will typically do so by ordering the sale of any jointly owned property and dividing the proceeds evenly between the spouses. If one spouse is awarded primary custody of the couple's children, that spouse may also be given the family home. In cases where the court believes that an unequal division of property is necessary, it will consider various factors, including each spouse's earning potential, future needs, and contributions to the marriage.

The process of dividing property during a divorce can be complex and emotional. If you are facing a divorce in Texas, it is important to have an experienced attorney on your side who can help protect your rights and interests.

A neutral third party helps the divorcing couple communicate and negotiate a settlement during mediation. The mediator does not make decisions for the couple but rather provides guidance and structure to help them reach an agreement independently.

If the divorcing couple can reach a mediated settlement, the agreement is 100% binding. This means that neither spouse can later revoke or change the terms of the agreement.

Despite its potential benefits, mediation is not right for every divorcing couple. If there is a history of domestic violence or one spouse feels coerced into participating, mediation may not be the best option. It is important to seek legal counsel to explore other options in these cases.

Here are some common questions about each type of issue:

How is child support calculated in Texas?

Child support in Texas is calculated using a formula known as the child support guidelines. The guidelines consider both parents' incomes and the number of children involved. The amount of child support will also vary depending on whether the custodial parent has sole custody or joint custody.

How is spousal support calculated in Texas?

Also known as alimony, spousal support is not always awarded in a Texas divorce. If it is awarded, the amount will be based on factors such as the length of the marriage, the spouses' incomes, and the needs of the spouse who is requesting support.

How is property divided in a Texas divorce?

In a Texas divorce, all property that was acquired during the marriage is considered to be marital property. This includes things like houses, cars, furniture, and bank accounts. Marital property will be divided equally between the spouses unless there is a good reason to do otherwise.

How are custody and visitation determined in a Texas divorce?

Custody and visitation are usually determined by agreement between the parents. If the parents cannot agree, the court will make a decision based on the best interests of the child. The court will consider things like which parent has the stronger relationship with the child and which parent can provide a better home environment.

Can I get a divorce if I'm not a Texas resident?

How long does it take to get a divorce in Texas?

How much does it cost to get a divorce in Texas?

Do I need an attorney to get a divorce in Texas?

It is not required that you have an attorney to get a divorce in Texas. However, it is highly recommended. The divorce process can be complex, and an experienced attorney can help you navigate the process and protect your rights.