File for Legal Separation in Oklahoma 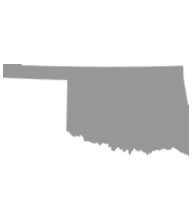 Divorce and Legal Separation are not only emotionally exhausting to the parties involved but also a hectic process. A lot of time and finances are usually lost in the process. It is even more hectic when the couple cannot agree on certain issues involving legal separation. Legal separation and divorce rules and procedures vary from one state to another. Read on to find out the process of Legal separation in Oklahoma. You will also find the details of the divorce process in the same state in this article.

What is Legal Separation in Oklahoma?

Legal separation officially terminates the couple's relationship but remains legally married. This is the best option for couples, especially those who want to divorce but want to take some time apart before considering the final decision. Spouses go for this decision before marriage because it solves many issues and for religious reasons. In Oklahoma, separation allows couples to live separately while still married. The couple's marital property is divided equitably by the Oklahoma court. Property acquired before marriage goes to the owner.

If items can't be divided physically, then the court awards the item to one of the spouses, and the other is compensated for the value of their share of the property.

How to file for Legal Separation in Oklahoma

The long process usually comes to mind when you think about legal separation or divorce in Oklahoma. Considering Legal Separation is a difficult process already, the last thing the couples involved need is a lengthy process. The couple must be ready to file a separate paper called a Separation Agreement with the court. In this document, the terms are set out.

For someone to file for a Legal Separation in Oklahoma, there are certain requirements that they are supposed to meet. Under Oklahoma law, there is no prior residency requirement to file for a legal separation. You only need to be a resident at the time you are filing for legal separation. However, with divorce, you need to be a resident for six months in Oklahoma and 30 days in the county that you are filing for a divorce.

Benefits of Legal Separation in Oklahoma

If you are legally separated from Oklahoma, the spouses involved will live separately, abiding by the Separation Agreement terms. This may also dictate child support, custody, and Alimony agreements. Regardless of whether you two are using legal separation as a way to see if you can divorce or because you cannot divorce due to various reasons, it has some benefits:

Disadvantages of Legal Separation in Oklahoma

As much as legal separation has promising benefits, there are possible disadvantages that you should consider before making a choice.

Also, taking steps to initiate the legal separation may harm your relationship in strange ways. Formalizing the process could feel like a divorce.

Legal Separation vs. Divorce in Oklahoma

In Oklahoma, legal separation and divorce are two different processes.

Legal Separation is whereby the conditions of marriage are intolerable for the parties to live together, but they stay married. The marriage has not dissolved. On the other hand, With Divorce, marriage is ended. A legal separation is flexible and can be altered during the separation; while a divorce is rigid, it is the final order and hence cannot be modified.

Therefore, the main difference between legal separation and divorce is that in a legal separation, you only live apart. Although you are still married, you separate permanently and are allowed to remarry in divorce.

Cost of Legal Separation in Oklahoma

Getting the legal separation forms in Oklahoma is free. The charges of facilitating the process depend on the lawyer you have hired to deal with your case.

How Long Does Legal Separation take in Oklahoma?

All children are entitled to receive financial support from both parents. So Oklahoma came up with child support laws that determine the amount of support at a particular income. Parents living separately do not mean they waive their obligation to support the child; the responsibility continues.

The following is an illustration of how to calculate child support funds.

You can use Oklahoma child support guidelines to determine parent-based child support. The guideline is based on the total income of both parents and the number of children in that family.

The guideline also talks about child custody, where non-custodial parent exercises 70-90 visits. There are different types of child custody, i.e., shared custody and split custody. In shared custody, each parent has physical custody of the child; hence they exercise more than 120 overnight visits in a year. Split custody is where each of the parents has primary custody of one or more children. Separate computations are made for each parent.

If the couple does not agree to the terms of separation, the matter is contested in court. The case proceeds like any other court case in Oklahoma. Parties are required to go through discovery. Discovery is a process where information is exchanged. Mainly, it involves financial matters, so the couple is required to exchange paychecks and bank statements. The discovery may also include matters related to children and their requirements. In the end, the judge will determine the division of property according to Oklahoma law. This will determine custody and visitations. Only the children's best interests are considered. In a case where the parents cannot agree on legal issues, the court advises them to go for mediation sessions. In these sessions, a third party is usually involved.

Do you need an attorney to file an Oklahoma legal separation?

If you and your partner have agreed to separate, you can go through the legal separation process without the help of a professional. A lawyer is necessary in a case where one of the partners is not doing his responsibilities according to the separation agreement. The attorney will offer professional advice to the couple.

What is the Oklahoma Separation Agreement?

This is a binding contract that partners are expected to sign to resolve debt, property, and child-related issues. The separation agreement is complex and detailed, depending on the situation of the marriage. Many parents ask a lawyer to prepare this document for them, or they can prepare one that suits them.

How to prepare for the Oklahoma Separation Agreement