File for Divorce in Vermont 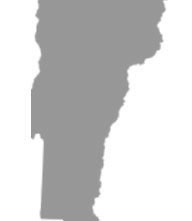 GetDivorcePapers.com provides professionally completed, 100% court-approval, money-back guaranteed Vermont divorce forms. Just create an account, complete the interview, and file for Divorce in Vermont. Our case managers do all the work for you, and send the completed Vermont divorce forms when they are ready to be filed.
Click the Start Now button to begin the process today.
Start Now!

It is essential for either of spouses to be the resident of this state for six months before filing for the divorce case. Further, same person has to be resident for one year before the final declaration of the divorce. Papers can be submitted into the either of county where the spouses reside. Six months waiting period is granted if it is the issue of child custody in the case.

Vermont offers the facility of divorce case filing only on the basis of valid reasons that can be either no-fault or general. Whatever the reason is, both the spouses have to agree with them and have to validate them.

Following are the examples of these reasons:

Vermont decides the issue of child custody on the basis of following determinants:

Vermont is known as equitable distribution state for property. It divides all the properties held by the spouses including their personal properties, gifts, and inheritances. Following are the determinants of property distribution:

Courts can order to either of spouses to pay for the maintenance for the other on the basis of following factors:

Courts can order either to one or both the parents to pay for the child support on the basis of following factors:

Courts in Vermont may order for the mediation of spouses if they feel any chance for the reconciliation of the spouses.

There is no need of a lawyer when applying for divorce in the state of Vermont. A divorce case which is filed without any help of an attorney in any of the states is known as Pro Se Divorce.

Literally, Pro Se is a Latin phrase and it means "on her or his own". Process of getting the divorce without the help of lawyer may vary from one State to another. These types of divorces are perfectly legal and enforceable in Vermont, and are actually very convenient. Usually, once settlements have been made regarding property distribution and custody matters among the spouses in case of a mutual divorce, Pro Se Divorces are filed.