File for Legal Separation in California 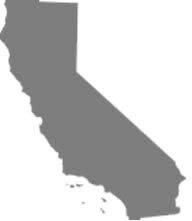 Deciding to end a marriage is an emotional and big decision. In California, married couples have three options: legal separation, divorce, and annulment. Legal separation is a way of being able to live separate lives while still legally staying married. There are many reasons why couples might choose this option. There are fewer requirements to meet for a legal separation than for a divorce or annulment. It can also serve as a trial separation for those that are not sure if they want to end their marriage. Some couples may not feel comfortable with the finality of divorce. Also, many insurances, military, and Social Security benefits are only valid for married couples. California has a six-month waiting period before granting divorces, so legally separating can offer a quicker solution while still offering court-ordered protection for both spouses. The process for filing a legal separation is similar to a divorce, but one major difference is that both spouses must agree to the separation.

What is Legal Separation in California

How to File for Legal Separation in California?

To file for legal separation in California, one spouse must file a petition with the court and pay the filing fee. If there are minor children involved, there are additional forms that need to be filed with the courts. The petition must then be served to the other spouse. This can be done by a process server or anyone over the age of 18. It just must be done by someone other than the filing spouse. Financial disclosures must also be filed with the court. Both spouses must consent to the legal separation. This is a major difference between a legal separation and divorce. A divorce can be granted by the court even if one spouse does not agree to it. One exception may be if one spouse never responds to the petition for separation, a judge may still grant the separation. Grounds for a legal separation are irreconcilable differences or incurable insanity. These are the only two reasons that qualify for the state of California, but irreconcilable differences are broad enough for most couples to use.

When filing, the couple also has to provide the date of separation. This date is when one or both spouse expresses that they do not want to be in this marriage anymore and starts acting as such. This might be when one spouse moves out, but the date of separation can be when both spouses are still living together. The courts will use the date to determine what financial assets will be considered communal and what assets will be considered separate. Spouses are also able to file for a protective order during a legal separation if necessary. Going through this process of a legal separation can be more relaxed than a divorce since couples are going through the mediation process voluntarily, unlike in a divorce where one spouse may not agree to it.

Benefits of Legal Separation in California

There are many benefits to legally separating as opposed to getting divorced. Many couples will legally stay married for religious reasons. There are also tax benefits to staying married on paper. If one spouse is on the other's health insurance or other medical benefits, they may be able to retain coverage during a legal separation. Make sure to check with any employer benefits before going through this process. Many governments, military, pension, and Social Security benefits are only available to married couples. In order to receive Social Security & spousal benefits in the state of California, the marriage has to have lasted ten years. Since going through a legal separation is court-ordered, this also protects the spouses when it comes to alimony, child support, visitation, and other financial obligations. If one spouse takes on a lot of debt after the date of separation, the other spouse does not have to worry about being held responsible for it. Because both parties have to agree to the separation, it generally is not as contentious as divorce proceedings. Depending on the relationship, spouses may not even have to involve an attorney in this process. It is recommended to have an attorney review any paperwork to make sure it is filled out and filed correctly to avoid being rejected by the courts.

Disadvantages of Legal Separation in California

Depending on the circumstances, a legal separation may not work for certain couples. In California, both spouses must consent to the separation. If one spouse does not agree to separate, the other spouse's only option may be to file for divorce. Or, if one spouse files for separation and the other responds with a request for a divorce, the court will proceed with a dissolution of marriage process. If one spouse wants to remarry, they will be unable to while legally separated. Only divorce or annulment legally dissolves a marriage. For many couples, the decision on whether to separate or divorce is a personal preference. If both spouses are sure about divorcing, then they may want to just get started on the divorce process instead of taking the step of legally separating.

Legal Separation vs. Divorce in California

Filing for a legal separation is typically easier than filing for divorce. When filing for divorce, California requires one spouse to have lived in the state for the previous six months. Additionally, one spouse must have lived in the county where they are filing in for the previous three months before filing for divorce. While there is not a minimum separation period, California requires a six-month waiting period before a court will grant a divorce. Because of this, some couples may choose to first legally separate so they can begin living separate lives and then file for divorce after the waiting period. Divorces can get contentious when it comes to the division of assets and child custody. If a legal separation agreement is already in place when filing for divorce, it can make this process a lot easier on the family as most of these items should have already been agreed to by both partners.

Currently, the fee for filing a petition for a legal separation in California costs $435. This fee also includes the response from the other spouse. Since the process is similar to filing for divorce, there is a lot of paperwork involved that may incur additional fees. Please note that this fee may vary depending on the county the separation is being filed.

How Long Does Legal Separation Take in California

Some couples may decide to enter into a separation agreement instead of going through the legal separation process. A separation agreement can address many of the same things like alimony, property ownership, child support, child custody, visitation rights, and division of assets. This agreement is a legally binding contract, but it is not court-ordered.

No matter the reason for filing for a legal separation, it is never an easy decision, especially if there are children involved. There are many valid reasons why a couple may decide to live separately while still remaining married on paper. Having the courts involved offers protection for both spouses. Going through a separation can help couples get their affairs in order and decide if ending the marriage is right. Make the process go as smoothly as possible by taking over everything and trying to make the separation as amicable as possible. This will make it much easier if the separation does lead to a divorce. Save time and money by using our easy to fill out forms to start the process of a legal separation in California.