File for Legal Separation in Louisiana 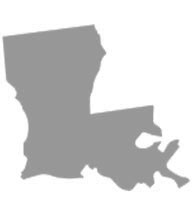 No one knows the fate of their marriage on their wedding day. Unfortunately, we walk into marriage hoping for a fairytale ending where we live happily ever after, but it never comes to pass. Marriage brings together two people who are diverse in character, family backgrounds, and education, to mention a few. Everyone has strengths as well as weaknesses. Married couples are encouraged to work on their weak points gently.

In most cases, we fail to be tolerant of each other, wanting to dictate how they ought to do certain things. This breaks marriages, as it may lead to change in behavior. This leads the marriage to hit a bed of rocks, and you fail to understand what it means to live under the same roof. Marriage requires a lot of input from both parties. If one partner fails, the marriage may break very easily.

Moving out of the family house may not solve most couples' issues. It is the wish of every couple to try their best to rescue their marriage from drowning. One way that may lead to such a destination is legal separation. The process helps a couple to establish if there is hope for rekindling their love or not.

Most couples would like to go straight to file for divorce but are limited by their regions or culture. In other circumstances, some people would like time away to assess their character and behavior that led the married to a rocky path. Once you are convinced to file for legal separation, you can consider starting the process. It involves a lot and could take a toll on you. Allow the content of this article to be your guide when filing for legal separation in Louisiana.

What is Legal Separation in Louisiana

How to file for legal separation in Louisiana

Louisiana's laws regarding legal separation are slightly different, and in-depth understanding is necessary before taking on the legal procedure. Louisiana provides couples who wish to get married with the option of covenant marriage. This refers to an agreement by two people who sign an agreement of intent. Details of the agreement are:

The law does not grant legal separation to people married under other circumstances apart from this binding agreement. After establishing that, it is worth noting that if one party feels the need for legal separation, they must undergo counseling. The couple should be in a position to prove the following:

To have the legal separation granted, it is necessary to prove the accusations. It would be best if you had time to gather all evidence to convince the judge in a court of law. It is essential to provide proof of counseling.

Benefits of legal separation in Louisiana

Mentioning the advantages of legal separation may seem ironic. Separation seems stressful, and positively looking at the process will help. The blessings you count from being legally separated include:

Financial advantage - when legally separated, the couple is still married under the law. However, they continue to enjoy spousal health and insurance coverage. In other instances where the marriage had lasted for a longer period, the couple has the advantage of social security. The tax benefits will continue even after the separation, for both, are technically married.

Religious and cultural adherence - some marriages need a step to have a break, to find a way to work on their marriage. Separation has been witnessed to help struggling couples regain stability once again.

Disadvantages of legal separation in Louisiana

Finance - marriage consolidates finances for both spouses. We acknowledge that not every person has the ability to manage assets as they ought to. Such a situation would put your assets at risk, and opting for a divorce would be the best option.

Inability to remarry - legal separation does not calm the storms in every marriage. In an instance where a couple may foresee a divorce ahead, and they wish to remarry, they would be limited. They would have to first file for divorce to remarry the person they wish to.

Legal separation vs. divorce in Louisiana

When comparing legal separation to divorce, you will find some similarities and some differences. If a couple does not ask for divorce as their first option, they can go for legal separation. However, the main similarity is that the two involve a legal process that includes filing, responding, hearings, and awaiting the final decision. There are some issues a legal judge in Louisiana will help a couple resolve in legal separation.

The other similarity between divorce and legal separation in Louisiana is that either of the parties in the marriage can file for separation or divorce. Usually, the couple must agree on child custody and support issues, division of property, and spousal support and have it in writing.

Apart from the similarities, there is a key difference between the two processes. Though a couple has the power of reconciliation after the legal separation period is over, their marriage is not settled. If they wish to be separated permanently, they should first seek divorce. Divorce offers both couples the freedom to move on with their individual lives once granted in a court of law.

How long does legal separation take in Louisiana?

A few factors contribute to how long the process to get legal separation takes. If you consult a good counsel, they will hasten the process and attain the separation within 6 to 9 months. If the couple desires a divorce after their separation, the court requires knowing if there are children from the marriage. If there are children in the marriage, the court requires that the couple stay separately for a minimum of 180 days before filing for divorce. If there are no children from the marriage, the couple is required by law to stay separated for one year before they are eligible to file for divorce.

Legal separation will require funds to support. It is important to note that filing for a separation alone will cost you approximately $250 to $400. This cost does not include attorney costs. This cost will determine your choice and their hourly rate. Choose an attorney who has experience in the field.

The law in Louisiana requires both parents to support the children in case of a separation or a divorce. Their input should be provided in finance, medical, and emotional. This is despite custody, with visitation rights to the other parent. The parents should also take part in the expenses involved in the child's upbringing. Non-custodial parents spend less than 50% of their time with the child and must pay for child support to the custodial parent.

Do you need an attorney to file for Louisiana legal separation?

The help of an attorney in anything that involves legal processes is necessary. Some terms need to be expounded in a layman's language. Attorneys will also offer consultations on how to go about the separation process. It is also important to have an attorney since they know and offer guidance on what is necessary when preparing for a legal separation filing.

What is the Louisiana Separation Agreement?

A separation agreement refers to a legally binding contract signed by the couple when resolving property, child-related issues, and debt. The document involves a lot of details which makes it complex. This will depend on the couple and how fast they can agree on all matters. It is best to prepare your separation agreement since it is valid for the period of the legal separation.

How to prepare for the Louisiana separation agreement?

First, the couple seeking legal separation should be honest about their finances when preparing a separation agreement. This is because it significantly involves the disclosure of assets and liabilities. Each person should sign the agreement in the presence of a witness. The agreement is voluntary, and nobody should be forced to sign it. It is also mandatory for both to understand the agreement. If there are disputed issues, the court intervenes to give a solution mainly to issues concerning children.