File for Divorce in Arkansas 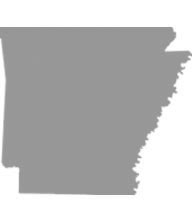 GetDivorcePapers.com provides professionally completed, 100% court-approval, money-back guaranteed Arkansas divorce forms. Just create an account, complete the interview, and file for Divorce in Arkansas. Our case managers do all the work for you, and send the completed Arkansas divorce forms when they are ready to be filed.
Click the Start Now button to begin the process today.
Start Now!

For filing a divorce case in Arkansas, filer is required to be the resident of this state or at least staying here for a period of two months. Moreover, plaintiff has to submit the documents in the county of his or her residence. If any of the two is not the resident of Arkansas, then documents are required to be submitted in county of the defendant.

Arkansas deals with the cases of divorces on the basis of general reasons and fault reasons. Whatever the reason is, both the parties are supposed to agree with the issues and substantiate them. In case of separation for more than one and half year, plaintiff can file a case on the basis of no-fault reasons. Most of the valid reasons for divorces in Arkansas include betrayal in relationship, not fulfilling the demands of other spouse, humiliation and abuses.These reasons also include violence, mental illness of either of the spouse, drunkenness for a long time period, and conviction to a felony.

Either of the party can get a legal separation if the couple has not been living together for more than a year.

In lieu of the best interest of the child, Arkansas Child Custody law considers the following factors before taking any decision:

Quite often, courts in Arkansas decide the joint custody for the child in order to provide him better conditions and care. Grandparents can request the court to allow contact and meetings with the child. No preference is given to any gender for the custody of child.

In order to decide the contribution towards the child support, Arkansas Family Support Guidelines' chart is followed. However, if this amount appears to be unjust, then courts consider the financial conditions of the parents and needs of the child.

While distributing the properties of the spouses, Arkansas courts consider the financial standings of parties, their financial obligations, monthly income, property that has been required before and after the marriage, tax obligations on them, and the occupation and skill that they have.

Courts in Arkansas have the rights to provide the either of the party with sufficient alimony if he or she deserves it. In such conditions, current circumstances of both, their needs, and obligations are considered. However, if the person getting the alimony gets into the relationship with another person from the opposite sex or marries, then this law rules out.

Arkansas allows no option to the parties for mediation!

There is no need of a lawyer when applying for divorce in the state of Arkansas . A divorce case which is filed without any help of an attorney in any of the states is known as Pro Se Divorce.

Literally, Pro Se is a Latin phrase and it means "on her or his own". Process of getting the divorce without the help of lawyer may vary from one State to another. These types of divorces are perfectly legal and enforceable in Arkansas , and are actually very convenient. Usually, once settlements have been made regarding property distribution and custody matters among the spouses in case of a mutual divorce, Pro Se Divorces are filed.