File for Divorce in Minnesota 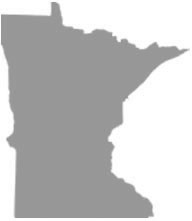 GetDivorcePapers.com provides professionally completed, 100% court-approval, money-back guaranteed Minnesota divorce forms. Just create an account, complete the interview, and file for Divorce in Minnesota. Our case managers do all the work for you, and send the completed Minnesota divorce forms when they are ready to be filed.
Click the Start Now button to begin the process today.
Start Now!

The information and particulars pertaining to divorce in the state of Minnesota is given below:

To file the divorce in Minnesota, at least one of the spouses must have been a resident for at least 180 days. The divorce can be filed in the county where either of the partners lives.

The reasons for divorce in Minnesota include general and no-fault reasons. Proper grounds for the divorce must be given. No-fault reasons for the divorce include an irreparable breakdown of the marriage for reasons including living separately for 6 months or serious conflict between the couple. General reasons include only one reason, which is the irrevocable disrepair of the marriage with no chance of repair.

Usually joint or sole custody is awarded in the case of children. In cases where both parents want custody and the child is too young to explain his preference, a "primary caretaker" can be awarded the custody. The decision of whether to give sole custody depends on the following factors:

As Minnesota is a state of equitable distribution, both spouses get to retain any property acquired before marriage as well as any gifts and inheritances. All other property, as well as retirement plans and pension are divided among the spouses keeping in mind the following factors:

Not concerning the grounds for divorce, either spouse may be ordered to pay sustainable alimony to the other. The basis for deciding who gets alimony depends of factors like:

While deciding child support, the following factors are to be considered:

If the parent has applied to be paid through public aid, then payments shall be made to the appropriate Minnesota child support enforcement agency.

Meditation is referred to in cases where children are concerned, apart from those situations where the child has suffered any form of physical abuse.

There is no need of a lawyer when applying for divorce in the state of Minnesota. A divorce case which is filed without any help of an attorney in any of the states is known as Pro Se Divorce.

Literally, Pro Se is a Latin phrase and it means "on her or his own". Process of getting the divorce without the help of lawyer may vary from one State to another. These types of divorces are perfectly legal and enforceable in Minnesota, and are actually very convenient. Usually, once settlements have been made regarding property distribution and custody matters among the spouses in case of a mutual divorce, Pro Se Divorces are filed.