File for Divorce in Pennsylvania 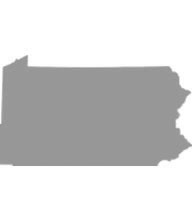 Pennsylvania caters both the types of cases for divorces such as no-fault and general reasons. Whatever the reason is, both the spouses are required to agree with the stated reasons and must substantiate them later on. Among the no fault reasons, irretrievable breakdown to the marriage due to the prolonged separation or differences in sect are most common. Among general reasons for divorces are:

Principle of the Child Custody

Courts in Pennsylvania always prefer the joint custody of the child based upon the following determinants:

Pennsylvania is an equitable distribution state which provides the spouse with the equal rights in the marriage property. Separate property, gifts, and inheritances of the spouses are not divided and they remain with the person owning it. No reason for the divorce is considered in the division of the property. Following factors help in property distribution for the spouses.

Rules for the Spousal Support

Courts in Pennsylvania may order to pay for the alimony to either of spouse. On the basis of following factors, amount of the alimony is determined.

There are set guidelines for the spousal support. However, if the amount turns out to be unjust for either of spouse, then this can be reassessed until a fair decision is finalized.

Either of the parents may be required to pay for the child support based on the following factors:

These payments can be determined from the set guidelines for the child support unless they come out to be unjust for either of spouses or child. Moreover, these payments are made through Domestic Relation Section of court. Sometimes, parents are also required to pay for the medical insurance of the child.

Mediation in Case of Divorce

Court refers for the mediation of the two spouses if it feels any chance of rehabilitation in the spouses. It may prolong the decision from 90 to 120 days until all the three sessions of reconciliation have been made. This option can also be granted on request of either of spouses.

There is no need of a lawyer when applying for divorce in the state of Pennsylvania. A divorce case which is filed without any help of an attorney in any of the states is known as Pro Se Divorce.
Literally, Pro Se is a Latin phrase and it means "on her or his own". Process of getting the divorce without the help of lawyer may vary from one State to another. These types of divorces are perfectly legal and enforceable in Pennsylvania, and are actually very convenient. Usually, once settlements have been made regarding property distribution and custody matters among the spouses in case of a mutual divorce, Pro Se Divorces are filed.