File for Divorce in Alaska 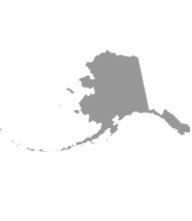 GetDivorcePapers.com provides professionally completed, 100% court-approval, money-back guaranteed Alaska divorce forms. Just create an account, complete the interview, and file for Divorce in Alaska. Our case managers do all the work for you, and send the completed Alaska divorce forms when they are ready to be filed.
Click the Start Now button to begin the process today.
Start Now!

Information provided below is given to make the people well aware of essential points for filing a divorce case in Alaska.

Requirements For Residency In The State Of Alaska

A divorce filer must be a resident of Alaska. However, specific time duration for his or her residency does not matter.

Grounds for Divorce in Alaska

During the divorce case in Alaska, custody of child is decided in the event of divorce case. Sometimes, a joint custody is decided for the best possible care of the child. However, decision for giving the joint custody comes up only when it is the best solution for the growth and grooming of child. Following factors are also considered in this regard:

Guidelines for the Child Support

Rules have also been set for the property distribution of the spouses during the divorce case. Both the parties get the equal rights in this regard and the whole property, inheritances, and gifts are divided in equal halves. However, property before the marriage in case of no-fault divorce remains with the owner. In this regard, financial standings of the spouses, circumstances in which the properties were acquired, income of both the spouses and the needs of the children are given consideration.

Any of the spouses can request for a mediator in the case for the settlement. If no request is made from either of the party then judge may ask the parties to name the mediators if required.

There is no need of a lawyer when applying for divorce in the state of Alaska. A divorce case which is filed without any help of an attorney in any of the states is known as Pro Se Divorce.

Literally, Pro Se is a Latin phrase and it means "on her or his own". Process of getting the divorce without the help of lawyer may vary from one State to another. These types of divorces are perfectly legal and enforceable in Alaska, and are actually very convenient. Usually, once settlements have been made regarding property distribution and custody matters among the spouses in case of a mutual divorce, Pro Se Divorces are filed.