File for Divorce in Oregon 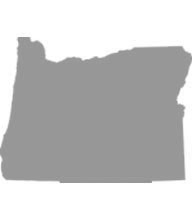 GetDivorcePapers.com provides professionally completed, 100% court-approval, money-back guaranteed Oregon divorce forms. Just create an account, complete the interview, and file for Divorce in Oregon. Our case managers do all the work for you, and send the completed Oregon divorce forms when they are ready to be filed.
Click the Start Now button to begin the process today.
Start Now!

If marriage has not been happened in Oregon, then either of the spouses is required to be resident here for six months prior to file the case. However, if marriage happened here, then condition for the time period of residency is lifted. Papers are to be submitted into the county of either of spouses. Three months waiting period is spent after the receiving of papers by the defendant.

It is mandatory for both the spouses to agree with the reasons and validate them later on. Oregon deals with no-fault and general reasons for the divorce cases. Some of them are mentioned here:

In Oregon, misconduct between the two spouses is only considered when the child custody becomes a major issue between them.

Oregon is considered to be an equitable distribution state. It divides all the property of the spouses no matter if it is separate or marriage property. It considers no role of either of spouse in acquisition of property unless proofs are shown in the court. All gifts and inheritances are also subjected to the division. Following factors are considered for the property distribution.

Oregon grants any of the three types of spousal supports to the needy spouse. Here are the details for these three types.

1) Transitional Support
This refers to the support required to reenter the job market or education field for the spouse. However, following factors will be considered in this case:

2) Compensatory Support
This support is granted to the other spouse that has contributed well for the education, skills, and education of the other spouse. Following factors will be considered in this case:

3) Standard Support
This is the amount that is required by one spouse to pay to the other spouse for temporary or limited time period. Following factors will be considered in this case:

Either of the parents or both may be ordered to pay for the child support on the basis of following:

Oregon has set forth the chart to determine the amount of child support. However this amount can be reassessed if it turns out to be unjust for either of the parent.

Oregon offers the chance for the mediation for the spouses and delays the proceedings for 45 days. This request for the reconciliation can also be made by either of the spouses.

There is no need of a lawyer when applying for divorce in the state of Oregon. A divorce case which is filed without any help of an attorney in any of the states is known as Pro Se Divorce.

Literally, Pro Se is a Latin phrase and it means "on her or his own". Process of getting the divorce without the help of lawyer may vary from one State to another. These types of divorces are perfectly legal and enforceable in Oregon, and are actually very convenient. Usually, once settlements have been made regarding property distribution and custody matters among the spouses in case of a mutual divorce, Pro Se Divorces are filed.